How to Prepare for Life Post-Brexit: Your Finances 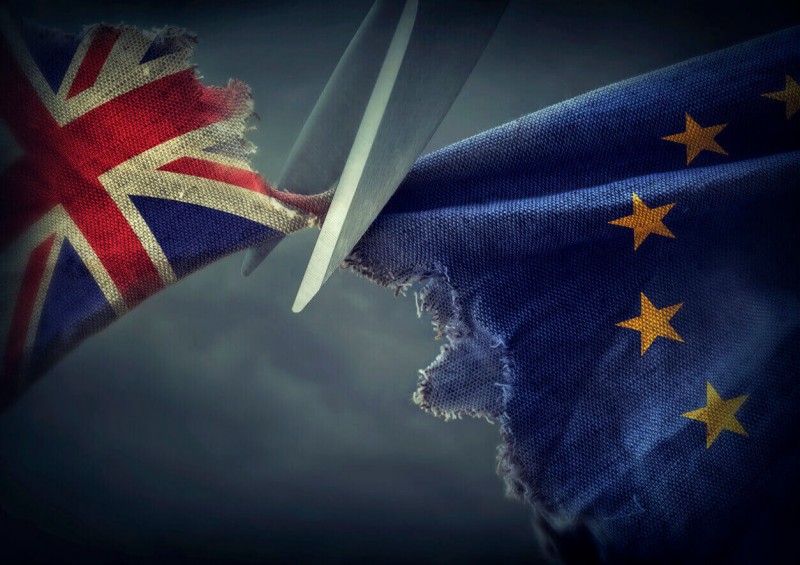 There’s still a great deal of uncertainty regarding the impact of Brexit on your personal finances, and we still don't really know when it'll happen.

With a lot of information out there and even more speculation, it’s time for us at Compare UK Quotes to provide you with a useful and comprehensive guide.

Skip to a preferred section:

How to financially prepare for Brexit

Brexit and shopping - how much will things cost?

How to financially prepare for Brexit

1 - Brexit and savings – will my savings be safer after Brexit?

If your savings are in a UK bank, then there should be little impact on them post-Brexit. The Financial Services Compensation Scheme protects all savings up to £85,000 and that won’t be affected by the UK’s withdrawal from the EU. This means that even if your bank or other savings institution is badly affected by Brexit leading to their collapse, your money is protected.

Savings in a European bank will also remain quite safe in the immediate time following Brexit with the government having already said that for three years, they can operate as usual in the UK. However, those banks will no longer be covered by the Financial Services Compensation Scheme unless they apply for (and are granted) the right to operate fully in the UK. Many of the larger EU banks have already signalled their intention to do this but until those applications are through, savings in a non-UK bank that goes out of business could be at risk.

At the moment, no one knows what the impact will be on interest rates. Should the pound suffer, then there is a likelihood that inflation will rise to counteract the impact on the economy, but there’s no definitive proof either way.

Simple answer: UK savings are protected and should remain fine after Brexit. Savings in non-UK banks might need to be reconsidered in the long-term.

2 – What about my house – how will Brexit affect my mortgage?

Like savings, a mortgage with a UK provider is going to remain basically unchanged after Brexit, however there is a strong chance that the value of houses might drop for a short term.

This means that if you are looking to move, you might find yourself in a poorer financial position when selling your old house and if you can wait a little while for things to settle, it may be advantageous for you.

Of course, this is good news for anyone who is looking to get on the property ladder for the first time. Rates are currently low and there may well be a period just after Brexit for a few months where there will be a perfect combination of low rates and lowering house prices, meaning that you could be entering the housing market at its fairest conditions.

Simple answer: long-term mortgages and rates are likely to remain unchanged, but equity may temporarily drop.

3 - Credit cards and loans – when’s a good time to borrow?

Weathering the storm, it is unlikely that there will be any major change to credit card rates which tend to follow a pattern of adjustment based on the credit card usage and the credit scoring of the applicant. While a major change to inflation will have a knock-on effect, the general feel will be one of business-as-usual.

Loans are more likely to be affected by Brexit, with inflation having a more direct correlation to loan rates. Currently there are some very good deals being offered by lenders for mid-range personal loans (£3,000+) and if you are looking to take out a loan in the near future, now might be the perfect time.

Simple answer: the ‘Brexit effect’ will be negligible to credit cards, and low with loans.

Brexit and shopping – how much will things cost?

1 – Protecting your customer rights – will I be looked-after post-Brexit?

Currently, if you buy anything from a company in the EU, you have the same rights in terms of returning items as you do across the UK, but should a no-deal Brexit occur, we may find ourselves without protection when buying from the continent.

Instead of a simple resolution under the Consumer Rights Act that governs the UK (and can be currently used when buying from the wider EU), you may find yourself having to file to a court in the trader’s country – a difficulty and expense that may make it impossible to get redress in many situations.

Simple answer: a no-deal exit could make buying from the EU a riskier process.

2 – The cost of food shopping – what is going to happen with the weekly shop?

There’s little doubt now that a standard supermarket shop is going to cost more. While you may be able to protect your money from inflation with your savings, you cannot protect your money from legitimate (and advantage-taking) price increases due to the difficulties that will come from sourcing goods from EU suppliers, or utilising EU routes for transit.

While many items, such as milk, potatoes and carrots, are abundant in the UK, a huge percentage of our standard shops come from abroad – even with items you would consider to be home-grown. Tomatoes, for example, come mainly from abroad, as do strawberries in all but a few months of the year.

Simple answer: expect your supermarket bill to rise, and in the case of a no-deal Brexit, it may skyrocket.

Budgeting is a huge part of keeping ahead of any issues with your personal finance, and at Compare UK Quotes we strive to give you the best advice regarding daily finance issues – unfortunately, now that means advising you to add a little on to your monthly budget for utility bills.

Many energy companies have suggested that leaving the EU is going to mean an increase in the cost of electricity, gas and oil. The UK imports 5% of its electricity and 12% of its gas from the continent and while those figures can also be seen as an impressive 95% home-grown power, a no-deal exit is likely to mean a rise in energy pricing.

Hopefully, the exact increase will be small but like everything else, there’s still a great deal of uncertainty here, including whether we will be able to remain in the EU-wide carbon trading scheme, the EU Emission Trading System (EU ETS).

If you have a fixed energy tariff however, that will not rise – so it may be worthwhile shopping around now to find a good electricity tariff and locking it in place before March 29th.

Simple answer: be prepared for higher bills in a no-deal situation.

4 – Other goods – what happens to the price of everything else?

The cost of non-food goods is also going to be impacted. Much has been said in the news regarding the car industry and Brexit has already had a significant impact in that sector, with headline news including increases of £10,000+ on a top end Porsche for example.

It’s not just high-end items that will be affected, however. The costs of moving goods into the UK is going to increase in almost all versions of Brexit, and this means anything coming into the UK has the potential to see a rise in end price – even if it didn’t originate in the EU but merely uses the continental route to get here.

Current speculation has the government talking about a massive reduction in overseas tariffs in order to offset this situation, however, the exact details about this plan and what the effect might be are still unknown.

Simple answer: expect everything to become a little more expensive if it comes from abroad, although measures may be put in place to help the UK consumer.

It’s once you step outside of the UK that the real effect of Brexit will be properly known. We have long enjoyed a smooth and open relationship with other European countries that has led to a boon in continental holidays and retirement options in sunnier climes, and that could all become very different once the 29th of March rolls around – especially if we leave with no deal in place.

1 – The financial impact of post-Brexit travel – will it cost more to fly?

The government has given a lot of consideration to issues regarding travel to and from the EU post-Brexit, with plans in place to maintain consumer rights regarding cancelled and delayed flights, work with airline companies to keep delays to a minimum and more. For the most part, this is all good news for people travelling post-Brexit whether it is for business or pleasure.

However, there are many factors which could mean an increase in the cost of travel, from a weakened pound to extra administration costs and supposing that there will be no financial impact to travel would be foolhardy.

Other factors, such as border control and baggage checks could add minor delays and small fees to the process too.

Simple answer: expect planes, trains and ferries to rise in cost and to experience additional delays in transit – however, not as badly as sensationalist news might suggest.

2 – Buying Euros – should I get my holiday money soon?

Trying to predict the currency market is a nearly-impossible task. Even in the case of a no-deal Brexit which would tend to suggest a drop in the value of the pound, there might be other variables that prevent a sharp decline.

The truth is, no one knows whether purchasing Euros for your holiday after March 29th will be better than doing so today, but one thing is for sure – you can be guaranteed of your rate today and if you are worried at all, then buying sooner is sensible.

By getting your Euros today, you can relax and look forward to your holiday without focussing on a fluctuating currency market and having that sinking feeling should it take a turn for the worse.

3 – Mobile freedom – how will Brexit affect connectivity in Europe?

Roaming fees across Europe, that became a thing of the past in 2017, look set to return with most major carriers yet to confirm they will maintain a free-to-roam position. Of the major names, only Three is currently guaranteeing no roaming fees post-Brexit.

It’s not just the fees, though. Due to the UK’s exit from the EU, we will no longer be part of the EU-wide portability regulation which means that streaming services like Spotify or Apple Music will stop working as soon as you leave the UK. Are you prepared for a music-free holiday?

Thankfully, Netflix has stated that its customers can access their service worldwide – so even if you have to go without Ariana Grande, you can still keep up with the latest goings on in the Good Place!

Simple answer: be prepared for mobile roaming fees unless you are with Three and forget your Spotify access while abroad.

Preparing for a new UK

It’s not all doom and gloom – no one can really predict all of the effects of Brexit and though there will undoubtedly be a number of changes that need to be thought of, Compare UK Quotes is still going to be here to offer you the best advice on personal finance – whether it’s how to get your money ready for Brexit or (if the worst happens) how you can protect your assets in an economic crisis!

Check out our library of articles on personal finance, from debt management to explaining life insurance.