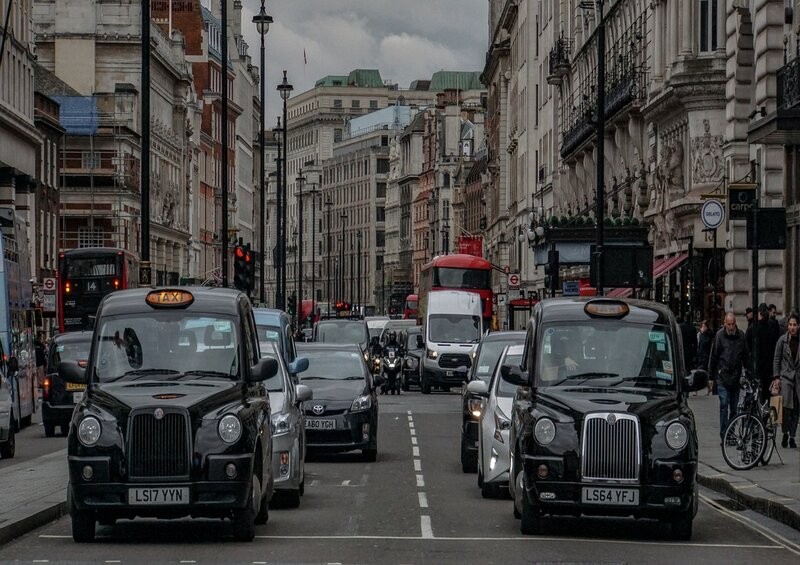 Clean air zones are increasing exponentially across the length and breadth of Britain and are no longer limited to the UK’s capital city of London.

There are currently delays in the introduction of some clean air zones due to the Covid pandemic but there are still several new zones being introduced this year.

So what is a clean air zone (CAZ), which UK cities are they in, how much do they cost and how do you pay?

Here’s what you should know.

What are clean air zones UK?

The government announced plans to combat poor air quality in 2015 and one of their key objectives was to introduce CAZs in the worst affected and most heavily polluted UK city centres.

The government introduced CAZs because city air pollution is the biggest environmental health risk to the UK public, especially more vulnerable members of society such as younger children, the elderly and anyone with pre-existing health conditions.

High rates of pollution-related deaths and illnesses in UK cities

The government estimates that approximately 28,000 to 36,000 people die every year in the UK due to human-made air pollution.

In addition, many more city dwellers and workers who are exposed to poor air quality for long periods can suffer from chronic respiratory and cardiovascular illnesses, heightened asthma symptoms and lung cancer.

To help combat air pollution in the worst affected cities, CAZs are put in place to penalise drivers of fossil fuel guzzling cars and encourage the use of cleaner electric or hybrid vehicles for those regularly driving in, out or through polluted cities.

High tailpipe emissions on traditional vehicles will be penalised

If your vehicle does not meet a CAZ’s tailpipe emission restrictions, you will have to pay a fee to drive within UK green zones.

There are currently five cities operating a CAZ and several more UK cities are expected to introduce a CAZ before the end of this year as follows:

CAZ, LEZ and ULEZ will sometimes be used interchangeably to mean the same thing: a clean air zone. The only real difference is how strict a zone’s measures are on vehicle emissions and a zone’s location.

CAZ is the description usually given to most congestion charge zones located elsewhere in the UK.

What does a clean air zone charge?

London’s CAZs charge a daily fee of £12.50 for diesel or petrol-fuelled cars, vans and motorcycles and £100 for buses, lorries and coaches.

CAZ charges in other cities around Britain have varying charges, typically lower than the charges in London. Many zones charge vans and taxis (and, if applicable, non-compliant cars) around £8 or £9 but lorries and buses can still expect to pay £100 in most cities. Whereas Aberdeen plans a low-emission zone charge of £60 for all offending vehicles.

How CAZ charges are calculated

If you drive in clean air zone in a fossil-fuelled petrol or diesel car, you will only be charged if your vehicle falls within one of the zone’s below grades or categories:

In addition to the grades A to D listed above, charges are also based on:

The minimum CAZ emission standards are:

How do I find out what euro emission standard my car is?

The following are national exemptions; however, each local authority will have its own varying local exemptions such as Greater Manchester where light goods vehicles (LGVs) are exempt until 31 May 2023:

Note: Local authorities ultimately decide on standards for private hire vehicles or taxis so if you’re a taxi driver, you should check with your local council if you need to pay a charge.

Below we explain how to go about checking how much you will be charged for driving through certain CAZs in the UK and how to pay a charge.

How to find out CAZ charges and pay online

You can quickly and easily check CAZ locations and how much it will cost to drive your vehicle through a CAZ by using the gov.uk’s clean air zone checker.

Simply enter your vehicle registration (number plate) and once you’ve confirmed whether your vehicle is registered in the UK or abroad and click ‘yes’ to confirm the vehicle details are correct, this useful checker tool will then confirm all of the UK’s current CAZ locations and whether or not you have to pay a charge and how much that charge will be.

You can pay a CAZ charge online via the gov.uk’s website by clicking here.

You can also check London’s congestion charging zones by entering a postcode, landmark or location to search using the Transport for London’s LEZ and ULEZ check map tool.

You can pay a LEZ or ULEZ charge online via the Transport for London’s website by clicking here.

Whether you drive in the city, commute to work locally or just drive for social reasons, we can help find the right car insurance policy for your needs. Start your search by clicking the button below!