Equity Release: What is it and How Does it Work? 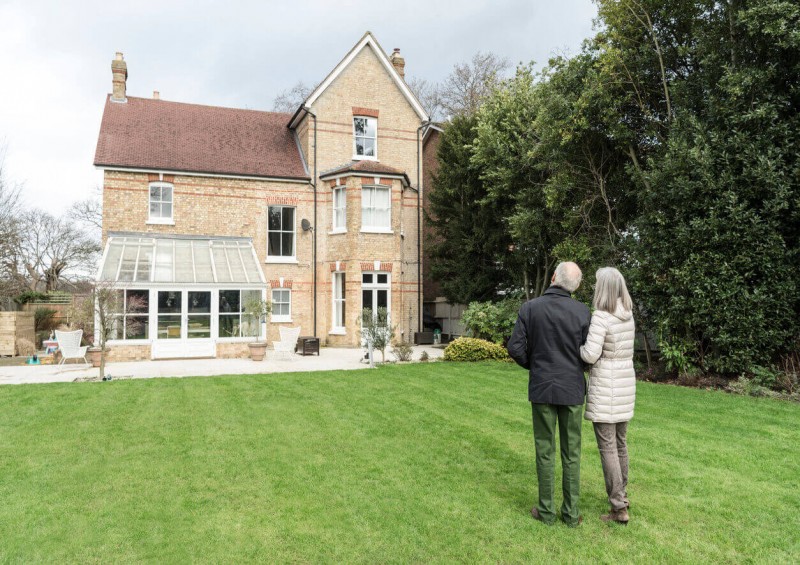 Once you become close to retirement, it can be difficult to imagine how you are going to pay your bills with just your pension – especially if you can expect little more than a basic state pension.

If you are living in a house you have paid for through your working life, then the idea of equity release can seem extremely tempting – after all, it seems a bit like money-for-nothing, right?

What is equity release and how does it work?

Equity release involves either taking out a lifetime mortgage or making a home reversion plan on your house. You must own your home in full in order to do so, but it can release a large sum of money secured on the property.

In simple terms, you get a large amount of money and don’t have to pay it back until after you have died, at which time your house is used to fund the debt.

The cost of equity release

If you are totally alone and you don’t really mind about what happens when you pass away, then equity release can be a reasonable way to unlock the money tied up in your home with no real downside.

In all other cases, one of the pitfalls of equity releases is that someone you care about may end up paying the price.

When you die, your house will be sold to fund whatever needs to be returned to the equity release company and quite a large percentage of the total is likely to be used. If you planned to leave your house to your children or other heirs, you will be diminishing what is left for them by a considerable amount.

Worse, if there are others still living in your house when you die, you may put them out of a home.

Looking at other options

At Compare UK Quotes, we try to offer you the best impartial financial advice and when looking at an equity release, it is true that the house is yours to do with as you will – if you choose to take out an equity release mortgage or other plan, then no one can (nor should) stop you.

However, there are other options that may be more beneficial to you and your family.

Moving to a smaller (cheaper) home will release a large amount of equity on your house while keeping the full value of the remaining equity in your hands and leaving you with an investment (your new home) that will likely grow in value.

Downsizing can be off-putting for many. There’s the argument that you love your home, are settled in the area where friends and family are, and that you still need the space - or perhaps there are other personal reasons. The idea of uprooting later on in life and moving to a cheaper location or smaller house may feel overwhelming, and there will be costs involved in moving too.

However, there are also huge advantages to downsizing. Revitalising your life with a new home and new location can be invigorating, and if you had a family home of many bedrooms, maintaining such a property with the children grown up and gone can be expensive and difficult. Downsizing gives you the opportunity to live in a house which is more sensibly suited for your situation.

Plus, who knows what treasures may be unearthed during the transition!

Downsizing provides a sensible way of releasing equity without any knock-on effect. It doesn’t involve owing any third-party, nor does it put any of your assets at risk.

John and Mary live in a four-bedroom semi-detached property in Manchester where they brought up three children. Its market value is £290,000.

Mary is keen to live by the sea but doesn’t want to go more than two hours drive from their children, two of whom still live in the Manchester area. They find a beautiful sea-front property in the Lancashire village of Heysham for £145,000 – half the value of their house. Even after the costs of moving home, they release over £135 in capital!

Simon lives alone in his 3-bed end-of-terrace house in Croydon. He’s keen to remain in the area but doesn’t need much personal space as he lives alone. His £440,000 home is quickly sold, and he trades it for a recently refurbished 1-bed first-floor flat in the centre of town for £250,000 – leaving him with almost £200,000 of released equity.

Getting help from family

When you start looking at equity release schemes, the people that will be impacted in the end are going to be your heirs and family. It is worth discussing your thoughts with them before going forward and seeing if they can offer an alternative.

It may be that your children could help financially support you through your retirement in order to maintain full equity in your home, or that they would even be willing to loan you money at zero interest with the agreement that they get it back from the estate on your passing (like a no-interest equity release).

As with all situations of financial difficulty, it is always good to talk!

Despite the air of worry that surrounds equity release schemes, there’s nothing unsafe about it for you. A legitimate equity release company will not try to take your home from you or expect money from you out of your retirement fund. They are happy to wait for the house to be sold at the appropriate time.

It is worth noting that depending on the terms, other members of your household may not be protected once you die. If the equity release contract states that the house will be sold to pay off the debt upon your death, then a partner, child or any other person sharing your home will be expected to move out at that time.

What is a lifetime mortgage? How is a home reversion plan different?

A lifetime mortgage is a loan made to you that is secured against your home with the intention that it is paid back upon your death. The interest rate is typically much higher than a traditional mortgage and may be 5% or greater.

When you die, your house will be sold, and the mortgage paid in full.

Jackie dies at 90, owing a little more than the value her house was worth. Luckily, her property has also increased in value and sells for £500,000. Her heirs receive a little under £165,000.

With a home reversion plan, you sell a portion of your home for a substantially reduced rate and receive the payment for that sale but are still free to live in the house until you die. Under the terms of the contract, your home is sold upon your death and the share of the house that belongs to the equity release company is paid to them.

Typically, the amount you receive for the share is as low as 50% of its market value.

Timothy and Ruby choose a home reversion plan on their £180,000 home. They own the house jointly, and the contract states that it will not be forcibly sold until both their deaths. They agree to sell 40% of the house for £36,000 cash.

Ruby sadly passes away a few years later, but Timothy remains in the home for twenty years. When he dies, the home is immediately sold for an increased value of £300,000. The equity release company claim their 40% of £120,000, leaving £180,000 for Ruby and Timothy’s children.

Variant remortgages to release equity – can you pay back equity release?

As with many financial products, there are also some variations and more customised versions of the standard agreement – one is a drawdown lifetime mortgage, which allows you to pay back some of the debt as you go along. This can be to keep the interest down, for example, or if circumstances change, you could even potentially repay it in full.

The exact terms and conditions of this type of lifetime mortgage would dictate exactly what can and cannot be paid back.

Traditional lifetime mortgages, however, do not generally offer any repayment options before the final settlement.

When can you get an equity release?

Lifetime mortgages are available for people who fully own their home and are aged 55 or over. Be aware that the earlier you take out an equity release of this nature, the greater the sum of interest is going to be.

For this reason, it may be sensible to stage your equity release plan, taking chunks when they are needed rather than opting for a large amount in the first instance. Taking £10,000 every three years for 12 years, for example, will save thousands of pounds in interest compared to taking out £50,000 in one sum at the beginning.

Slightly different, home reversion plans become available five years later and are not offered to anyone under 60.

If you are looking for equity release under 55, you may want to consider downsizing as the optimum route or, as you are still of working age, investigate a standard remortgage.

A range of financial packages worth considering

As you look at your retirement, finances can become a huge consideration. At Compare UK Quotes, we have a great deal of advice for people looking at life insurance, critical illness cover, or retirement savings plans and pensions. Please explore our library of articles for advice on any of these personal finance products.

Why You Should Save Into a Pension

Saving for Retirement: Pensions and Alternatives