Is This Goodbye to the ATM as Free Cash Machines close 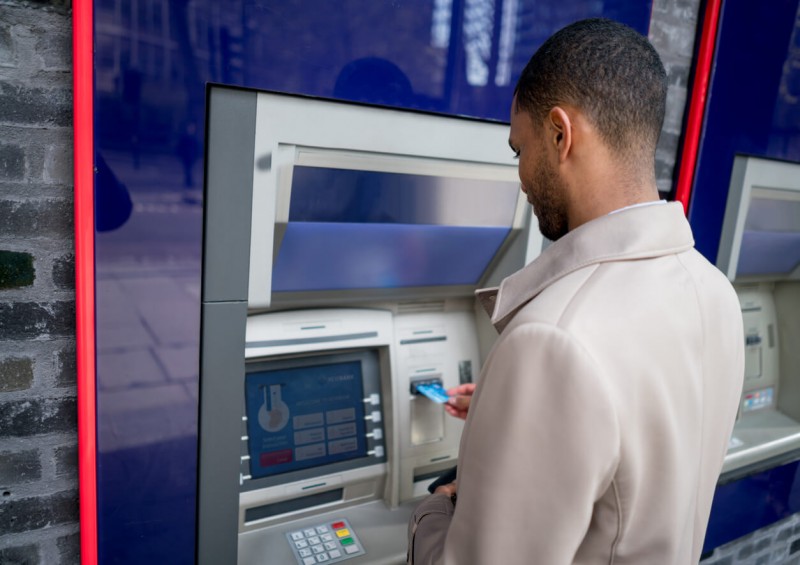 Modern technology is great at making our lives easier, but the rise of contactless payments is bringing traditional cash usage to a low and the knock-on effects are going to end up costing.

Cash Machines Dying in Their Hundreds

Network co-ordinator Link has indicated that 250 free-to-use cash machines are being closed every single month due to them no longer being profitable for the supplier.

We are all used to seeing the bright lights of a cash machine studding high streets at night, but those lights are dimming in the wake of contactless transactions, Apple Pay and Google Pay. After all – why bother stuffing your wallet with wads of notes when you can just touch your phone on a pad to pay?

The Problem with Cash-Free Contactless Transactions

Unfortunately, not every service is set up to take contactless transactions and so many smaller businesses rely on cash. For smaller services, such as a food van at an outdoor event, cash is simply the way they operate – and while banks and other services are pushing easier to obtain devices to help these retailers and businesses, the spread isn’t quite as far as it needs to be to do without cash.

Of course, it’s not just the business end who rely on traditional money – there are plenty of people who simply do not feel comfortable or confident with contactless bank transactions.

The Effect of ATM and Bank Closures

It isn’t just the ATMs affected by this new wave of financial technology. Over the past few years, we have seen a massive decline in bank branches as the institutions scrabble to keep their services profitable in the wake of online possibilities.

Recent figures in a UK parliamentary report show that in between 1998 and 2012, the number of bank branches dropped staggeringly – from 20,583 to 8,837. Without accurate figures following that date, its not possible to say the effect of the past six years, but an independent report from the beginning of 2018 suggests 2,400 more branches will close soon making the sight of a branch anywhere outside of a main town a rarity.

With both banks and cash machines becoming few and far between, being able to easily access your cash could become a struggle.

The situation is worse once you leave the cities. Rural communities depend on cash more than those in the towns as a smaller percentage of rural businesses consider contactless technology an essential and are yet to transfer over. Despite this, it is rural communities that are hit harder when banks and ATMs disappear. A village may have access to only a single cash machine in a radius of miles, and if it closes people may be forced to drive considerable distances to get out money.

Many older people rely on cash, both in terms of it being something they are used to and feel comfortable with, and also because they may not have access to the banking apps and other technology that makes contactless work so well.

Contactless and Mobile Banking – The Personal Finance of the Future

While Link and the Payment Systems Regulator work together to try to ensure the UK doesn’t find itself facing a decline that is too fast for consumer life, it seems like it is time for us all to prepare for the future. Who knows, cash may soon become obsolete in its entirety!

If you are yet to upgrade to mobile banking, online money management and contactless debit card transactions then contact your bank and see what they can offer you.