Electric Cars – Are they Worth It? 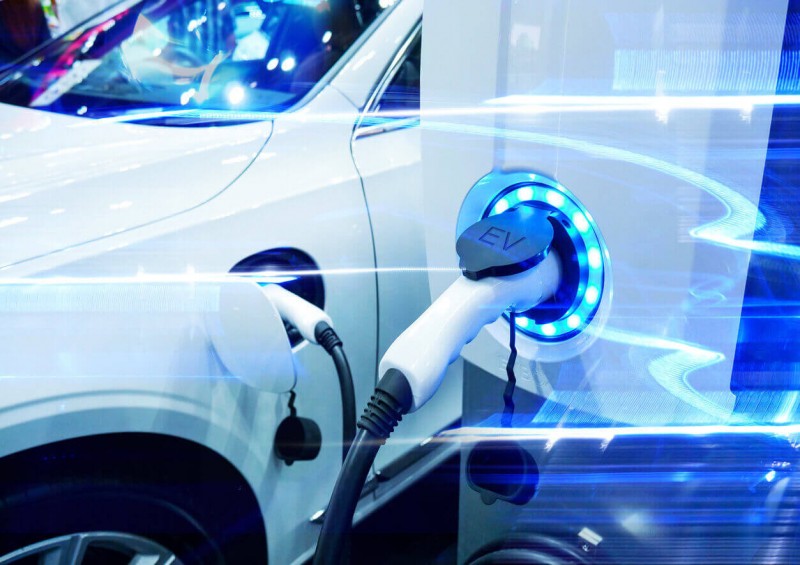 Welcome to the future! We have homes that will respond to your voice, turning on lights and changing music to your spoken command, we have tiny computers that fit in the palm of our hands and slip into a jacket pocket, and cars that power silently through our roads…

But is the electric car really the car of the future? How does it compare to petrol and what is the best electric car to buy? We answer it all below!

What is an electric car and how does it work?

There are three types of car that currently exist on the market that come under the heading of electric cars:

This runs solely on a battery and has no combustion engine at all. You charge it up by plugging it into the mains or through a dedicated EV (electric vehicle) charging point.

This type of vehicle merges an electric car with a standard combustion engine, providing a primarily electric drive with a back-up secondary engine to provide substantial additional range. Like a fully electric vehicle, PHEVs are charged from the mains electricity.

A standard hybrid uses an electric motor to supplement its traditional engine. You do not have to charge it through the mains, as the standard engine is used to provide recharging to the battery when needed.

While hybrids form a substantial portion of the electric cars available in the UK, this article focuses on the pure electric vehicle, bound to become the zero emission norm once the issues of battery capacity and range are solved.

What is range? What does it mean for electric cars in the UK?

In the UK we are slower at adopting the electric car than many other nations around the world, but to meet targets for combating climate change by 2030 we need 60% of our road vehicles to have no emissions.

The primary complaint against the EV is range.

Range is simply how far the car can travel on a full battery. Range with a traditional petrol or diesel car is hardly a consideration with most vehicles able to go 500 miles or more on a full tank, and petrol stations everywhere, meaning you can fill up again in a few minutes with no planning.

For an electric car, range is limited by the battery size.

Small electric cars tend to have a range slightly higher than 100 miles, and even the best electric cars struggle to break the 250 mile barrier.

Plus, unlike a fossil fuelled car, charging back up to full isn’t just a few minute operation but can take a considerable amount of time even at a dedicated fast-charge station.

This means that if you are planning a journey of 200 miles or more, the chances are that you have no option but to stop on the way and take an hour out while your car recharges.

It’s not really a problem, as that sort of stopping is much better for us as people – it will help reduce the number of people falling asleep at the wheel and give you a good reason for shaking off the driving blues and regaining some mental headspace, but it could be a worry for people in a rush.

Not only that, but the number of recharge points across the country isn’t as great as the number of petrol stations, so getting caught out is a possibility.

The good news is that all this is changing.

New electric charge points are being installed across the country by petrol station companies, supermarkets and service providers, and the continued research and development being done on batteries is making marked improvements every few months.

Range is still a primary issue, however, and this is especially true when looking at second hand electric cars, where even a couple of years can make a huge difference.

Which electric car has the best range?

It’s no secret that Elon Musk’s headline company produce the most impressive electric cars in the world today.

The Tesla model S has an incredible range of 375 miles, with the model 3 and model X claiming the spots two and three in the range race.

Unfortunately, Tesla cars come with a price bracket to match the hype and both the Tesla S and X will set you back more than £80,000.

The recently released model 3 promises to be more affordable, but you still have to chump up more than £45,000 to be able to afford one of the long-range models.

From other manufacturers, the Jaguar i-Pace is coming in at 294 miles, though again it is one of the higher priced cars at almost £65,000.

The Kia eNero and Hyundai Kona Electric offer much more reasonable options, with only slightly sub-300 mile ranges and around £35,000 price tags.

There’s no denying the facts though – range comes at a premium and if you are looking to electric cars in 2020, long-range means high-budget.

Why are electric cars so expensive?

It’s all about the battery again. This really is technology at its peak, and the price for cutting-edge tech isn’t cheap.

In a Tesla Model S, approximately 25% of the cost represents the value of the battery – that’s a £20,000 battery, making your AAAs that power the TV remote control pale into utter insignificance!

Even on the lower-range vehicles, such as the best-selling Nissan Leaf, the battery represents a £5,000 investment.

But in its own way, this is good news. Battery pack prices are measured internationally by dollars per kWh, and that price is falling heavily.

Ten years ago, it was at $1,000 per kWh, and today it’s little more than 20% of that cost. Experts state that $150/kWh is the sweet spot where the price of the battery is such that electric cars can compete against combustion engines in terms of cost as well as for other reasons, and this is in line to happen over the next few years, certainly by 2025.

‘Better’ is such a subjective term, but is it worth it to buy an electric car? What do you get other than the much-touted zero emissions and improved fuel economy?

Do electric cars really save energy?

In the long term, an electric car is a far better environmental choice.

As we all know, non-renewable energy like fossil-fuels have to be replaced and turning the world into a petrol-free environment is a good way to make an impact.

On a day-to-day basis, using electricity that is now being generated through wind farms, solar energy and nuclear stations more than gas, coal and oil, is absolutely a way to save energy.

However, to pretend an electric car is all environmental upside would be a lie. The cost on the environment in manufacturing those top-of-the-range batteries is not insignificant, and if you only drove your electric car for a couple of years, you wouldn’t have offset that impact when compared to a diesel or petrol vehicle.

Years four and up though? Now the EV is making sense.

Is an electric car cheaper?

As discussed, the initial cost of an electric car is higher than a combustion engine equivalent, however, the savings in fuel are huge.

While some petrol drivers might claim to be able to drive carefully enough to take their fuel costs to 10 pence a mile, and enthusiastic diesel owners tout prices of as low as 7p, the reality is both are a little higher, and 15p and 12p respectively are more realistic figures.

Electric cars come in between 2p and 4p, depending on your tariff. That’s a saving of approximately 10 pence per mile driven. If you do 1,000 miles a month, it’s a full £100 every month cheaper to run an electric vehicle. Even electric vans make huge savings with their fuel consumption.

One of the ways to get an EV and take full advantage of this saving is to look into an electric car lease.

By leasing, you will see the immediate impact of the fuel efficiency with a stable low monthly cost that makes driving an electric vehicle a financial joy, as well as a physical one!

Another great boost from getting an electric vehicle is the impressive level of other systems integrated as part of the technology.

Drivers of electric cars find that the breaking is far superior to petrol cars, and safety systems from adaptive breaking through to lane assist technology, are highly advanced.

While an electric car is not necessarily a self-driving vehicle, even the most basic electric car has the touch of that technology built into it and its easy to see how artificial intelligence and machine learning is going to have a huge positive impact on the roads of the future.

Features like adaptive cruise control, where the car keeps pace and distance from the vehicle in front without you needing to interact, or parking systems that take the work out of parallel parking away, make owning an electric car a modern joy.

Recent EU regulations mean that when driving along roads at 13mph or less, electric vehicles have to emit a sound akin to a traditional car to alert pedestrians (especially those with sight impairment issues) to the approach of the car – but this doesn’t stop the inside of the vehicle being a haven from noise.

Silent driving may not seem like a huge bonus, but try it and you will never want to go back to the background growling of a traditional car.

What is the cheapest electric car to buy?

Coming in at under £18,000 (once the government grant is applied, and with a battery lease), the Renault Zoe is winning the cheapest EV race, but your options aren’t limited once you reach that price bracket and electric cars from Smart, Hyundai, Nissan and Kia all fall into a similar category.

Of course, it’s a figure that is dropping each year as the electric car goes from being a niche product to everyone’s standard drive.

We’re excited about the future here at Compare UK Quotes and are eager for our readers to jump on board! For more articles on electric cars, look to our extensive library where we can help with insurance and saving money!