How Will Modifications Affect My Car Insurance?

What car modifications can void insurance? Find out here. 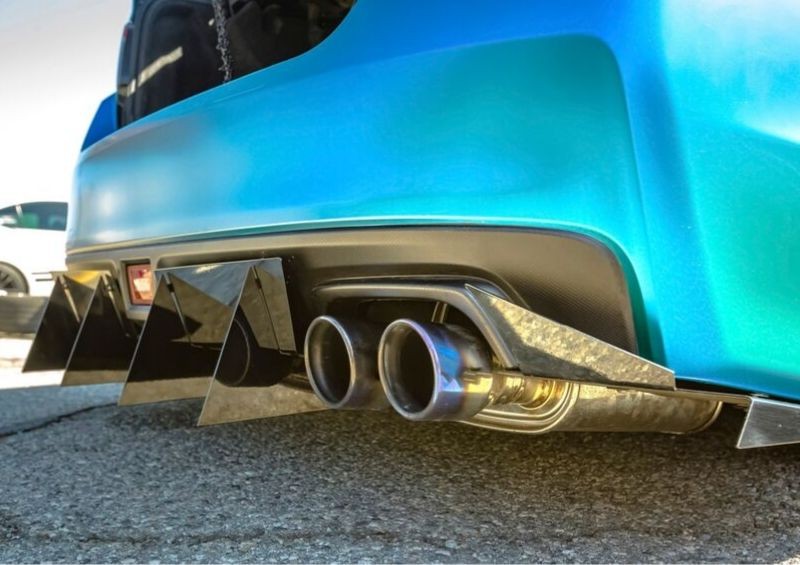 Before you modify your car, it pays to think about the implications that it may have on the cost of your motor insurance renewal.

Car modifications include all sorts of adaptations from stickers and spoilers, to exhausts and tinted windows, which means that some can have a positive impact on insurance, while others can be detrimental.

Read on to find out more about modified car insurance and whether there’s a way you could get cheaper cover.

What is a car modification?

Any enhancement or adjustment made to your vehicle that changes it from its original manufacturer’s standard is considered a car modification.

Car mods can fall into one of two categories:

Despite car modifications often being associated with a category of drivers now known as ‘boy racers’, the term should be used loosely because Compare the Market recently found that over 33% of modified car insurance quotes were obtained by women.

All types of people modify their vehicles, but what are the consequences of doing so?

You must be cautious before you modify your car or purchase a modified car, because the cost of insurance can soar if the changes made to the vehicle are ones that negatively impact the safety or increase the chances of speeding.

Modified car insurance is almost certain to be more expensive than standard cover if the modification is intended to enhance performance.

There are specialist modified car insurance policies available and you could get cover from many providers in the UK, but be sure to think carefully about whether you should modify your car.

Almost all car modifications will affect your car insurance, but they can do so both positively and negatively, depending on the type of changes made.

The most popular car modifications in the UK include:

*Three of these modifications could help you get cheaper car insurance, as explained individually below, but all others are likely to have a negative impact.

Changing or making enhancements to your car’s engine is likely to increase your chances of speeding; therefore, insurance providers may see you as a high-risk policyholder and increase your premiums.

Modifying your car wheels, either by getting larger wheels or shinier alloys, may seem a good idea to improve handling or the aesthetics of the car, but the chances are that your insurance provider will feel that they increase the probability of you speeding and attracting vandals or thieves, which may result in higher car insurance premium costs.

Fitting a sat nav in your car

If it wasn’t part of the car’s original interior design, it’s not worth keeping a sat nav in your car. Having a sat nav in view of passers-by could attract opportunist thieves and may increase the cost of your car insurance due to the added security risk.

As insignificant as they may seem, stickers are considered a form of cosmetic modification and can be enough to invalidate your insurance if the provider deems it necessary.

There was even a story recently of a reverend in Wales who was warned by her insurance company that her policy could become void as a result of the religious stickers on her vehicle.

Although some can represent important messages or even provide a bit of humour, be sure to think carefully about stickers before applying them to your vehicle.

Bodywork can be expensive (thus adding value to the car), it can alter the aerodynamics of the car, and affect its safety in the event of an accident.

Some forms of bodywork may lead to a rise in car insurance premiums, so it may be worth discuss the changes you would like to make with your provider before parting with your cash and risking a higher renewal cost.

A good, professionally fitted spoiler can improve handling for some vehicles, but it can also increase the likelihood of speeding, according to insurers.

If you need to get a new spoiler fitted, some providers may not have an issue with it as long as it does not block the view out of the rear window and has been safely fitted by a qualified mechanic.

But, it all depends on the viewpoint of the insurer and can differ with each individual case. Some may find that a spoiler increases the cost of their insurance due to it being a performance-based enhancement – just take this into consideration before fitting a spoiler.

Modifications to exhausts are typically done to enhance the performance and speed of the car, which insurance companies are never going to like, meaning that your premiums could rise significantly.

It depends on your insurance provider and specific policy, but modifications associated with most of the following could void your car insurance in the event of a claim.

As the story about the reverend in Wales taught us, it does not take much to void your car insurance – so it’s best to steer clear of any modifications that could be seen as negative.

Tinted windows – as long as they are fitted within the UK’s legal limits, tinted windows could even be seen as a positive in the eyes of the insurance provider as they could deter thieves by limiting their view of any valuables inside the vehicle.

Alarms and immobilisers – these safety features increase the car’s security and are likely to reduce the cost of your car insurance as long as they are fitted by a professional.

As a young driver, car insurance is bound to be expensive enough without the added costs that modifying your car could bring.

Shopping around for the best deal for you is important whatever your circumstances, but it becomes even more so if you require modified car insurance.

As much of a chore as it seems, you must research whether it would be more beneficial for you to take out a specialist modified car insurance policy rather than basic cover, and it’s even more imperative that you compare quotes from a variety of providers.

Browse our resource pages for more information on topics such as car insurance and car costs.