What to do if you can't afford a funeral 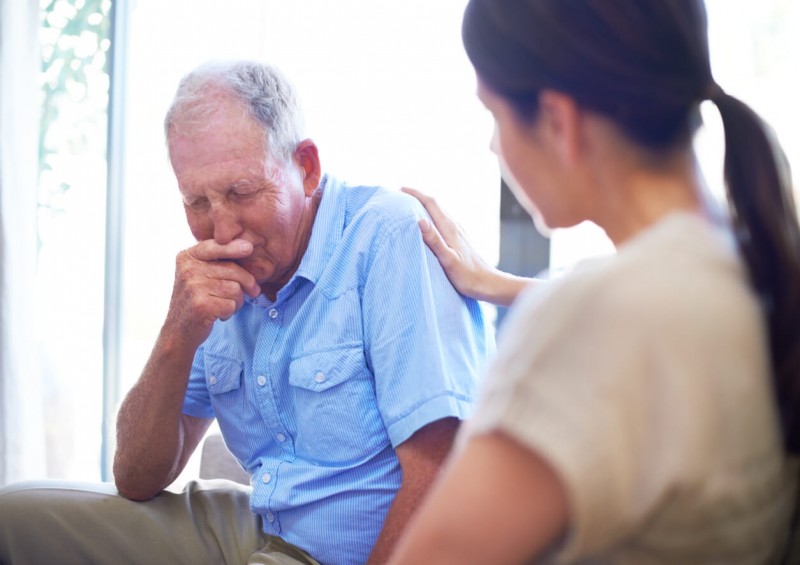 If you or a loved one dies without leaving any money, without having a legally-valid will, funeral plan or life insurance in place, have you ever wondered what will happen and who pays for a funeral if the deceased has no money?

According to LSE, around 60% of people in the UK die with less than £5,000 and SunLife says that the average sum required to cover all dying related costs is a costly £9,493.

This means many close friends and relatives are left with the burden of trying to sort out and pay for death related expenses after a close relative or friend has died.

Planning for your own funeral can help to protect your loved ones and family from this additional burden and will give you peace of mind that when you die, all your funeral and death-related expenses will be taken care of.

However, if you’re reading this because someone close to you has died, leaving you to arrange and pay for their funeral, the good news is that there are several ways in which you can try to get help towards funeral costs. Find out more below.

Who is responsible for funeral costs?

If the deceased left a Will appointing an executor to deal with their estate, then it will be the executor’s responsibility to pay for the funeral out of the estate funds.

If the deceased died intestate without leaving a Will, the responsibility for dealing with the funeral arrangements and expenses usually falls to the next of kin. If the deceased had any savings, you should contact the deceased’s bank to ask for permission to use any funds held to pay towards the funeral. This usually can’t be done until after the funeral as the bank will require sight of a Death Certificate and Funeral Director’s invoice.

If the deceased left behind no money, assets, life insurance or prepaid funeral plan, and the next of kin or any other close relative or friend refuses to arrange or pay for a funeral, then funeral costs are the responsibility of the local Council (learn more below).

How do you pay for a funeral with no money?

If someone dies leaving no money for funeral expenses, you can apply to the government for a funeral grant.

There are many types of funeral benefit allowances you can apply for, including specific benefits for struggling parents who have lost a child and need help with funeral costs. You can view a full list of bereavement benefits that are available on the government’s website.

The three most significant government bereavement benefits are:

If you can't afford to pay for a funeral in the UK, you may be eligible for a government-funded funeral expenses payment (also known as a DWP funeral payment or in Scotland, a funeral support payment).

The funeral payment eligibility criteria means you will need to be in receipt of certain benefits like Income Support or Universal Credit to qualify.

If your wife, husband or civil partner dies, you may be entitled to a bereavement support payment (BSP). The BSP has replaced the bereavement allowance (aka widow’s pension), bereavement payment and widowed parent’s allowance.

BSP eligibility criteria includes payment of 25 weeks’ worth of NI contributions in the last tax year, the death being caused by an accident or disease at work, that the deceased was under state pension age and lived in the UK or any other bereavement benefit-paying country.

If you’re a UK resident, you will not be charged for a child’s burial or cremation if your child dies before reaching the age of 18, but you will still be responsible for other funeral costs. You (or a Funeral Director if you’re using one) can make a claim for a Children’s funeral fund payment of £300 towards your child’s funeral expenses, regardless of your financial circumstances.

Even if someone dies without leaving money, it might be possible that, unbeknown to you, they had previously arranged and paid for a funeral plan.

Similar to monthly insurance premiums, you can apply for funeral financing (effectively a type of credit agreement) that allows you to pay for your funeral in monthly instalments.

If you think it’s possible that a funeral plan is in place, you should check (or ask an executor or administrator to check) the deceased’s personal paperwork.

If this draws a blank, you can try to trace a plan with the Funeral Planning Authority (FPA), the UK’s only funeral plan regulator. There is no guarantee that the FPA will hold details of every single funeral plan in the UK so for completeness, you should also make checks with local funeral directors in the area where the deceased lived.

If you die leaving behind no friends or family, a local council or the hospital you died in can arrange a basic Public Health Funeral, historically known as a ‘Pauper’s Funeral’ or a state funeral.

The council does not pay for lavish extras like flowers, funeral cars or newspaper notices; they simply cover the cost of a bog-standard cremation service.

When a Council arranges a Public Health Funeral, you have no control over the arrangements at all including the location, date or time.

If the deceased isn’t eligible for a government grant, you could try to set up a funeral costs charity fundraiser. There is nothing to stop you setting up a page asking for funeral expense charity donations with Just Giving, Crowdfunder or Go Fund Me.

There are also a plethora of charitable organisations that may be able to help you both emotionally and financially, depending on the deceased’s demographics (i.e. their age, where they lived, the industry they worked in, what they died from, etc). So it’s definitely worth having a thorough search on the internet for charities that may have a connection with the deceased in some way, especially their employment industry, as they may be able to help you.

Can you be forced to pay for a funeral?

No, it is not mandatory for anyone in the UK to pay for a funeral unless they’ve entered into a contract to do so with a Funeral Director.

If the deceased wrote a Will and where there are sufficient funds, executors of their estate are expected to settle any funeral costs from the deceased’s estate.

What happens if you refuse to pay for a funeral?

If you or anyone else point blank refuses to pay for a funeral, then the deceased’s local council will pay for and arrange a Public Health Funeral (also known as a Pauper’s Funeral).

If you’re refusing to pay because you can’t afford to, then you should apply for a funeral grant and/or approach charitable organisations to request funeral costs help.

If you entered into a contract with a Funeral Director then you are legally obliged to settle their fees. However, you can usually reclaim any funeral expenses from the deceased’s estate if there are sufficient funds.

What happens to a body if there is no money for a funeral?

If there’s no money to pay for a funeral, the local Council or hospital will arrange for a Funeral Director to transport and store a body in their mortuary until a Public Health Funeral cremation has been arranged.