What do Negative Interest Rates Mean? 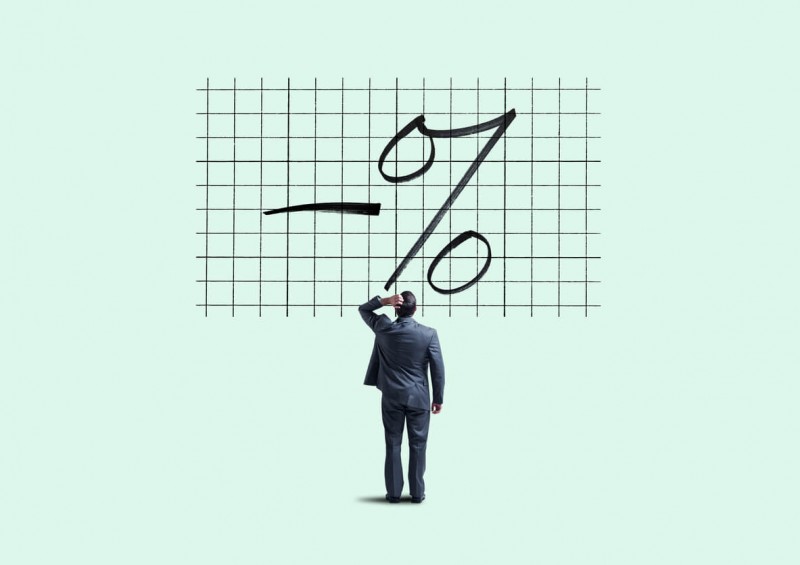 In an effort to boost the sluggish economy, the Bank of England (BoE) has warned that they are seriously contemplating dropping their base rate below 0%.

The rationale behind introducing a negative rate is that doing so could promote and encourage more spending, borrowing and lending from both consumers and businesses.

This drastic and unorthodox course of action has already been adopted by other countries: The European Central Bank and the Central Banks of Japan, Denmark and Switzerland all currently have negative interest rates.

But what does a negative interest rate mean for the people of the UK and how could this affect your savings, loans and mortgages? Read on to find out.

What is a negative interest rate?

A negative interest rate sounds like an oxymoron and is not something most of us are familiar with or fully understand the implications of. Surely interest rates are supposed to be positive?!

As we all know, lenders are not always known for their generosity and many are unlikely to sit back and ‘take a hit’ for the greater good - any such deficits suffered by banks will, no doubt, be passed on to the public.

In addition, an interest rate below 0% is bad news for wealthier savers, whereas for certain borrowers, a negative interest rate could prove lucrative and welcome.

What will negative interest rates mean for mortgages?

Don’t get too excited as negative interest rates mortgage deals will never exist as lenders always add on an additional percentage to the Bank of England’s base rate to avoid this from happening.

The good news is that a negative rate could marginally lower some tracker mortgage repayments, but as stated above, there will be preventative measures in place to avoid the interest rate becoming negative regardless of whether the BoE slashes the base rate below zero.

So if you have a tracker mortgage based on a variable rate, a negative interest rate should lower your mortgage repayments.

Whereas if you have a ‘fixed-rate mortgage’, a drop in the BoE rate will not affect your repayments at all as your ‘rate’ is ‘fixed’ and so will not be influenced by a drop in the base rate.

Will mortgage rates go down in the UK?

It’s not yet a dead cert that UK mortgage rates will go down. The Deputy Governor of the Bank of England said that the bank is currently considering making the base rate negative due to the uncertainty the Covid-19 pandemic has brought about. The BoE has recently already lowered the rate twice and it currently stands at 0.1% so there isn’t much room for manoeuvre!

That said, many financial experts still think this won’t happen and even if it does, if you have a tracker mortgage, a reduction in the base rate will only slightly reduce your repayments and a fixed-rate mortgage will remain at the rate it currently is.

Has the UK ever had negative interest rates?

No, the Bank of England’s base rate has never been negative since it was founded over three hundred years ago in 1694.

This gives you some indication as to how much of an unprecedented measure the BoE slashing rates to below 0% would be and is something they have always avoided and never resorted to before.

According to Azad Zangana, a senior economist and strategist, a negative base rate is still unlikely to happen despite what’s being reported in the news.

Negative interest rates can affect borrowers in a good way. Variable loan repayments without fixed rates will be reduced to compensate for a negative interest rate which means you could effectively pay back less than you borrowed, although this is unlikely.

So as ludicrous as this sounds, if the Bank of England’s rate falls below 0%, interest on loan repayments will be nominal to non-existent and so you will not be financially penalised for borrowing money. Where do I sign?!

What do negative interest rates mean for savers?

Negative interest rates mean that UK savings account holders could be financially penalised and may have to pay a bank to store their money.

That's why it’s theoretically anticipated that a negative interest rate could boost the economy as it will encourage everyone to spend, lend and borrow instead of sitting on an expensive nest egg of stagnant savings.

In some countries, where the interest rates are already negative, some wealthy savers have placed their money in vaults, under their mattress or in a household safe, rather than have to pay a bank to look after their funds. However, not everyone will choose to do this as there’s always the risk this money could be stolen or damaged in some way and none of these options are ever going to be as safe and secure as money being held by a bank.

Do you lose money with interest rates?

Historically, interest rates have never caused savers to lose money; only borrowers usually ‘lose money’ by having to pay interest on any amount they borrow.

However, if the BoE does introduce a negative interest rate, then savers could effectively have to pay banks to store their money, similar to how current account holders are charged a fee by a bank for using a current account.

According to inews.co.uk, the Danish Jyske Bank is already charging some customers a fee to store their cash and if the base rate fell below zero, this could theoretically happen in the UK.

If banks start to charge savers for looking after their money, this could lead to some savers taking their money out of banks and stashing their cash at home. It goes without saying that banks won't want this to happen - at all costs!

Are negative interest rates coming in 2021?

On 12 October 2020, the Bank of England’s Deputy Governor and CEO of the Prudential Regulation Authority sent a letter to the UK’s financial sector saying:

“the Bank of England and the Prudential Regulation Authority are commencing structured engagement on the operational considerations of a negative policy rate.”

Notably in this letter, the Deputy Governor, Sam Woods, stresses that nothing in the letter is implying or confirming that the BoE’s Monetary Policy Committee (MPC) will definitely decide to go ahead and slash the BoE rate to 0% or less, or that any firms have to yet prepare for the implementation of this.

The Deputy Governor states he is, at this stage, simply seeking feedback from financial firms about what a negative rate could mean for their businesses and their customers and how readily they could handle such a drastic measure being taken.

However, since that date, another lengthy lockdown has further battered an already heavily-bruised economy that has made the prospect of a negative interest rate much more realistic than was originally anticipated back in October 2020.

So the bottom line is that as of yet, it is still not known whether negative interest rates are coming in 2021, but as we are currently as far removed as possible from interest rates increasing, now could be a good time to look at more profitable ways of saving or investing your money.