Best Utility Companies in the UK 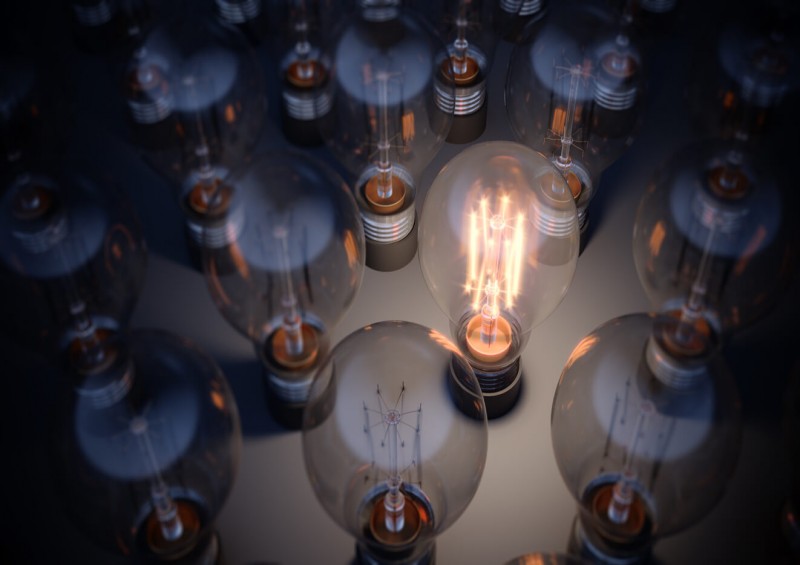 There is still plenty of choice when it comes to switching energy suppliers in the UK.

Not too long ago, there were well over 70 different companies to choose from but with many collpasing due to the huge increases in energy prices there are now less than ever. Most of the companies remaining offer dual fuel deals, meaning that they can supply both gas and electricity to your home.

You may be thinking about changing energy suppliers in order to save money or to receive better customer service. To help you with your research, we’ve taken a look at some of the biggest UK energy suppliers to give you inspiration for your energy switch and help you see what each company has to offer.

Top energy providers in the UK

The most well-known and renowned utility companies are:

You can find the full list of UK energy suppliers at the bottom of this page.

The largest of the ‘Big Six’ utility companies, British Gas has been in operation under various names for over 200 years. They currently hold a 23% share of the supply of energy in the UK, looking after a little over 6.4 million customers.

As with some other larger companies, British Gas are able to offer discounts on additional services such as food and entertainment as well as call-outs to faulty boilers, and their excellent Hive remote heating service is also very popular.

A recent survey by Which? found that almost half of its customers have stayed loyal and not switched to a new energy company in over 5 years.

With a 10% share of the energy market, Scottish Power (owned by the Spanish energy firm Iberdrola) looks after the energy needs of over 5 million home and business customers. One of their big selling points is that they generate their own electricity, mostly through renewable sources such as wind farms, which definitely ticks the ‘green’ box.

However, in a recent Which? survey, they finished in equal 11th position scoring a lowly 55% customer score.

Just under one in eight households get their gas or electricity from E.ON, which holds over 14% of the energy market in the UK and has over 3.8 million customers.

E.ON are ahead of the curve when it comes to embracing new technology and sustainability. They provide deals on installing solar panels to your home, sell home batteries and are at the forefront of installing electric vehicle charging points across the UK.

Indeed, if you’re an owner of an electric or hybrid vehicle, E.ON has a special tariff which offers rewards the more you drive. Their fixed tariffs are also very competitive, which explains the influx of recent new customers. Customer service reviews are average; phone calls take around 9 minutes to answer, but queries are dealt with swiftly.

E.ON also finished joint 11th out of the range of energy suppliers surveyed by Which?

The self-proclaimed ‘biggest producer of low-carbon electricity’, EDF owns eight power stations, with 70% of its electricity coming from nuclear power.

Environmentally-minded customers will be happy to note that they also operate 31 wind farms.

EDF’s customer base has grown in recent years off the back of smaller companies going bust, including Solarplicity and Toto Energy, whose customers were transferred across to EDF.

As with many of the Big Six energy providers, the overall customer satisfaction score was very average, with EDF finishing in 10th place.

As with many larger UK energy companies, SSE has slowly been forming as a series of mergers since its inception in 1947. As well as Southern Electric, it has also taken over customers from Swalec and Atlantic, among others. While still trading as SSE, their customers are now owned by Ovo Energy, making the latter the second largest energy supplier in the UK after British Gas.

A popular choice for those passionate about renewability and sustainability; it is the leading green energy supplier, with its extensive use of wind and water to generate electricity.

SSE is ranked joint 11th place alongside Scottish Power, Sainsbury's Energy and Eon for customer satisfaction. Their complaints handling has been praised, but it raises the question as to why there are so many complaints in the first place.

As mentioned above, Ovo is one of the fastest-growing energy suppliers in the UK. Since it started trading a little over 10 years ago, it now owns over 3.5 million of SSE’s customer base as well as 2 million of its own, but the two companies are still trading separately for the time being.

Ovo Energy is still catering to those who favour green energy; something that the company promoted when they were first starting out. Even though they only offer a small number of tariffs in comparison to other companies, they include 100% renewable electricity (for a small fee) and a 100% carbon neutral gas supply.

Despite having to recently pay out almost £9m for billing issues, their customers don’t seem to be too phased, rating them 2nd out of the energy companies reviewed by Which?.

Originally named First Utility, Shell Energy was renamed in 2018 after it was bought out by the petroleum giant, Shell. Not only do they offer 100% renewable energy to almost a million homes, there is also the added incentive of a 3% discount each time they fill up their cars at a Shell garage.

They have also ventured into the world of broadband and have started selling smart home products to add to their already impressive roster.

Despite being in the top 10 of UK energy suppliers, it doesn’t come close in terms of customer satisfaction - finishing in a lowly 15th of 16 surveyed suppliers. However, the company does not offer estimated readings and encourages customers to supply their own readings for more accurate billing.

One of the newest gas and electricity suppliers, Octopus Energy has been going from strength to strength since launching in 2016. Already supplying energy to over one-and-a-half million homes, their customer base grows on average by around 30,000 per month. So what are they doing right?

A major plus point is that none of their varied tariffs have exit fees; enough to draw in many customers from larger companies that could charge up to £30 per fuel to release customers from their contracts. They offer 100% renewable electricity and carbon-offset gas and in the four years of trading, they have performed takeovers of half a dozen small energy companies.

Their customer feedback is also great, as it is rated the top energy company in the UK in a survey by Which? with a customer score of 70%.

If you like your energy supplied with the minimum amount of fuss, then Bulb Energy may be the one for you. You won’t spend too long comparing their different tariffs because they only have one.

Their motto is to ‘make energy simpler’ and with their 100% renewable electricity and carbon offset gas offering, they have enticed over a million customers to their service in the past 3 years.

There are no exit fees and they will even offer to cover any exit fees charged by your current supplier if you decide to switch to Bulb as your new energy supplier.

In a recent survey, Bulb was voted the eighth-best energy supplier in the UK despite being put into administration.

If you are looking for a one stop shop for all your home services, then Utility Warehouse might be right for you. They are one of the UK's online multiservice providers serving and saving money for over 700,000 customers.

Utility Warehouse state that they offer the UK's cheapest variable energy tariff and will always beat the Energy Price Guarantee by up to £125. You can also make even bigger savings if you choose to switch more services.

Switching to UW is pretty simple. All you need to do to get started is to get a quote and choose your tariff. UW will then contact your existing supplier to inform them that you are switching and they will do the rest whilst keeping you updated throughout the process. You can also contact the Utility Warehouse UK-based customer services team by phoning 0333 777 0777.

To learn more about other energy companies in the UK, read our useful guide: 7 Smaller Energy Companies Worth Considering

You can compare energy tariffs from dozens of energy suppliers by clicking the button below.

If you’d like to find out more about switching energy suppliers then you can read our handy guides on How Much Money You Could Save by Switching and Why Switch Energy Suppliers? for further information and advice.