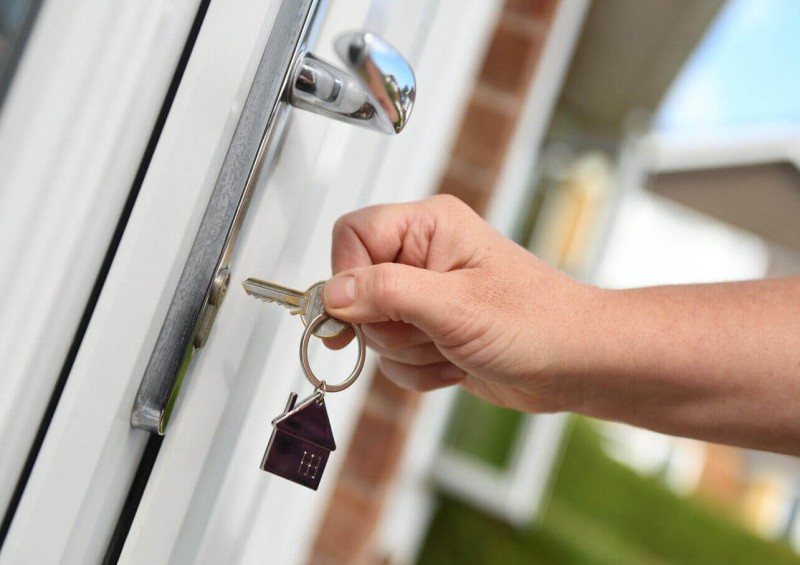 Insurance company Admiral has warned that leaving a spare house key with a neighbour, friend or colleague could end up leaving you with an invalid home insurance policy if you are burgled.

Many people give a spare house key to someone that they can trust in case of an emergency, including neighbours, friends and even work colleagues. However, Admiral has revealed that doing so could lead to your home insurance policy being void, and your premiums going to waste.

Admiral has also stated that the number of burglary-related home insurance claims doubled in October in comparison with the average figure between March and September of this year.

So, with home burglaries on the rise as we enter autumn and winter, is your home insurance valid?

It’s therefore important that you’re very selective about who you give a spare key to, and make sure that you can trust them to keep it safely out of the hands of potential thieves.

Summerfield continued: “Make sure you know who you are giving a spare key to and that they will keep it safe and secure”.

According to Admiral’s survey:

It is therefore no surprise that Admiral has previously seen cases where previous homeowners have gone back to the house, let themselves in and stolen the possessions of the people who have moved in.

“At Admiral, we have seen examples where a previous owner, or someone they’ve given a spare key to, has let themselves into their old house to steal the new homeowners’ belongings... Even house guests have been known to take a spare key and come back later to help themselves to the homeowners’ valuables.

“Also, if you need a spare key in case of emergencies, it’s worth paying that little bit extra for a high-quality key safe because leaving a key under a mat or flowerpot isn’t safe or secure”.

If you make a home insurance claim relating to burglary, but there are no signs of forced entry, things can get a little unclear in terms of what your home insurance will cover.

If someone breaks into your home using a spare key, there will inevitably be no signs of forced entry in most cases.

According to the Association of British Insurers (ABI), if money is stolen from your home, there must be signs of forced entry in order for the provider to provide you with a pay-out.

Therefore, as the homeowner, you may not be protected if your home is burgled by a thief that used a spare key for entry.

It’s also worth noting that the ABI has previously stated that many home insurance policies will actually exclude theft by members of the homeowner’s family, ex-partners, and even neighbours.

However, as long as you have taken the necessary precautions to fully secure your home, it should be clear that you have fulfilled your duty of care, and your insurance policy should cover you.

Whether or not you are covered will depend on the level of protection you have and your provider’s policies or exclusions. Each case should be treated individually, so you will need tailored advice from the Financial Ombudsman if you wish to make a complaint about your insurer if they refuse to pay out.

The key message to take away here is that you must check your home insurance policy’s terms and conditions before committing to it, and you should always refresh your memory of what is covered and excluded every so often.

And, of course, try not to give out spare keys to people unless they really need one.

If you’re looking for a new, reliable and cheap home insurance policy, be sure to get a quote right here:

For more information on home insurance, be sure to check out our related guides: