Car insurance scams that you need to steer clear of. 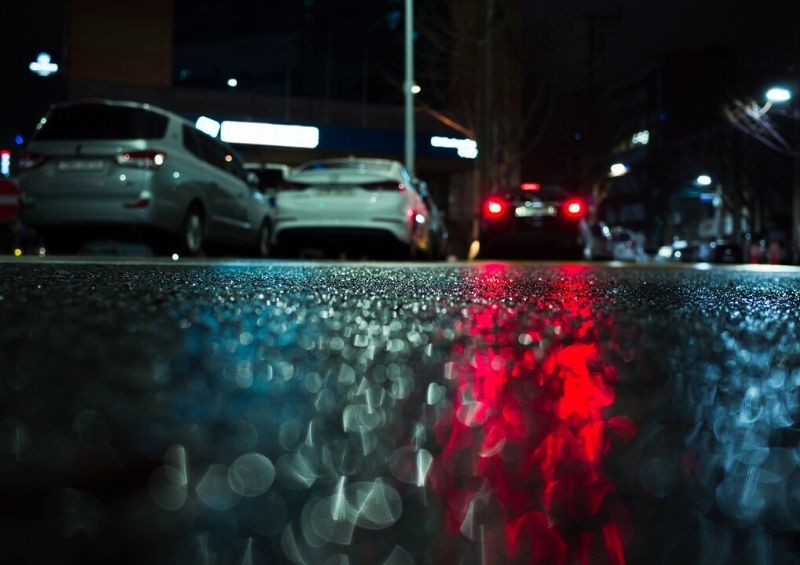 Car insurance fraudsters and scams have unfortunately become commonplace in the UK, costing providers millions of pounds each and every year.

Innocent drivers and members of the public are being targeted by some of these scams, so it’s important that you are aware of the dangers and how to lower your risk of being taken advantage of by these criminals.

Here’s an explanation of how to avoid falling victim to car insurance fraud, what to look out for, and what to do if you’re unfortunate enough to be caught up in an insurance scam.

‘Ghost broking’ and ‘crash for cash’ incidents are two of the most common car insurance scams to be wary of in the UK.

They are both very different types of organised car insurance cons, but can be equally as damaging for innocent drivers across the country.

Understanding how to avoid car insurance scams will not only save you a considerable amount of money, but it will also help you evade the remarkable stress placed upon victims of these fraudsters.

What is ‘ghost broking’?

Ghost brokers – also known as ‘illegal intermediaries’ – are criminals that pose as brokers to sell illegitimate and fraudulent car insurance policies to motorists.

The City of London’s Insurance Fraud Enforcement Department (IFED) recently warned the UK that this type of insurance scam is on the rise, with victims losing over £630,000 between November 2014 and October 2017 alone.

Ghost brokers will contact drivers and attempt to sell them very cheap car insurance deals, with those who take up the offer handing over their money instantly and receiving seemingly genuine documents. The documents can be so convincing that they lead victims to believe that they have purchased legitimate cover, but the ghost brokers have most likely done one or more of the following:

- Bought a policy from a legitimate insurance company using false information, and then doctored documents.

- Totally fabricated the documents but added the logo of a real (usually well-known) provider.

- Taken out a genuine policy to provide you with legitimate documents, but later cancelled it.

Most people won’t even know that they’ve been a victim of ghost broking until they’re stopped by police or they try to make an insurance claim, but if you’re scammed by a ghost broker, the consequences can be damning.

There is help out there that can avoid any devastating consequences, though, as we explain below.

How to spot a ghost broker

Ghost brokers will often contact you with salesy tactics and offer very cheap deals for all types of drivers, namely young people who are more likely to be paying an above-average rate for their cover.

IFED has warned the public that many ghost broking scams are active on social media, targeting people by using advertisements on Facebook, Instagram, and money-saving forums (including university notice boards). Some hard-copy adverts have also been cropping up in nightclubs, newsagents, and motor repair shops.

Be wary if a broker provides a mobile number (instead of a business number) or a Gmail, Yahoo, Hotmail or Outlook email address as their primary form of contract, as it could indicate that they’re working for an illegitimate company.

Ghost brokers will also use WhatsApp to communicate with possible customers, as it is more difficult to trace than most other social media or instant messaging apps.

Trust your instincts and ask yourself: is it too good to be true? If it seems to be, then it probably is.

How to check that your car insurance is legit

All legitimate car insurance brokers should be regulated by the Financial Conduct Authority (FCA), and the Prudential Regulation Authority (PRA). You can check these registers online, but remember not to trust any companies that have not been approved or authorised.

Your policy will also be listed on the Motor Insurers’ Bureau’s “Motor Insurance Database” if it is legit. If it isn’t listed, it’s not a genuine policy and you should contact the insurer you believe you’re covered by to see whether your information matches their records. If they don’t have your details, you may have purchased fraudulent cover. You should then report it to Action Fraud Alert online or by calling them on 0300 123 2040.

How to avoid ghost broking

As mentioned, in order to avoid being a victim of ghost brokers, you should:

- Avoid deals that seem too good to be true

- Ensure that the broker is FCA and PRA approved and regulated

Getting quotes and purchasing car insurance from the likes of comparison sites Confused.com and GoCompare, or directly through well-known companies like Admiral, will ensure that you get a legitimate deal, as they are some of the most trusted and well-renowned companies in the UK.

Read our guide on the Best Car Insurance Companies in the UK for a list of the most reliable providers and comparison sites on the market today.

Crash for cash scams are done by fraudsters who manufacture a situation where an innocent driver is forced into having a collision that looks as though it’s their fault.

These scams take many forms, but the most common is a rear-end collision, as the car that crashes into the back of another vehicle is usually found to be the at-fault party; rule 126 of the Highway Code states that there should be enough space between you and the vehicle in front to stop safely should you need to.

Fraudsters take advantage of this rule and engineer a situation where they intentionally stop suddenly when you’re least expecting it, to make it look like you have carelessly driven into the back of their car.

These crash for cash scammers then claim against you for injury damage, loss of earnings, hire vehicles, recovery and storage, and so on.

FACT: Crash for cash scams cost £340m a year, according to the Insurance Fraud Bureau!

If you’re targeted and deemed to be the at-fault party, you may have to pay the excess and lose your no-claims discount, which would inevitably increase the cost of your premiums.

According to Admiral, the UK’s crash for cash hotspots include:

There has also been a rise in cases of ‘flash for cash’ car insurance fraud, where drivers flash their headlights as if they’re inviting another road-user to pull out of a junction, but purposely drive into the side of them in order to make an insurance claim.

These types of scams are obviously far more difficult to avoid than ghost broking, as they can happen anywhere at any time, but there are some things that you can do to protect yourself against these fraudsters.

Avoid being a victim of crash for cash

If you think you’ve been a victim of a crash for cash scam, make a note of as much information about the scene and the incident as you can, just as you would if you were involved in any other accident.

Read More: What to Do After a Car Accident in the UK.

Remember to take photos, avoid admitting liability, notify your insurer, and report the incident to the police as soon as possible (mentioning your suspicions, of course).

The best way to report car insurance fraud like this is by calling the Insurance Fraud Bureau’s Chatline on 0800 422 0421.

Speak to witnesses, but be aware that some fraudsters work in pairs or groups and will place witnesses at the accident scene as a way of increasing their likelihood of successfully claiming against you.

Invest in a Dashcam

Occasionally, it will become a matter of your word against theirs, in which case a dash cam could make all the difference.

Having a good dash cam fitted to your vehicle will allow you to present footage of the collision to insurers as solid evidence to show the true circumstances under which the incident occurred (and it could even reduce the cost of your insurance).

Find out more in our guide: The Best Dash Cams in the UK.

Do You Need Motor Legal Protection?

A Guide to No Claims Discounts

Save Money on Your Car Insurance Premiums