What is an Overdraft?

Here's everything you need to know 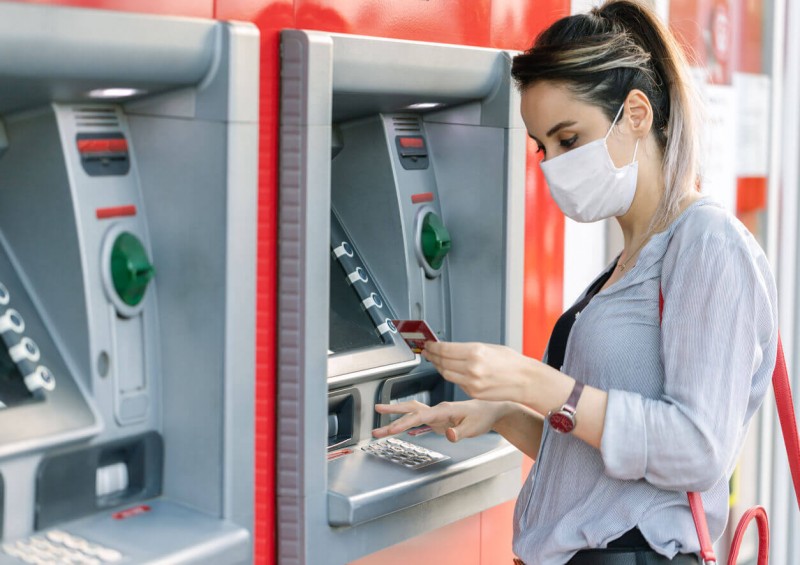 If money’s a bit tight one month or you have an unexpected emergency expense to pay, you might need to dip into an overdraft, but is a bank overdraft the best option for you and do you know whether using one affects your credit score?

To answer these questions and more we’ve put together a comprehensive Q&A guide to explain everything you need to know about overdrafts.

In this Q&A guide:

What is an overdraft?

How do overdrafts work?

How does an overdraft get paid back?

How to pay off an overdraft if you’re struggling financially

Do I need a good credit score to have an overdraft?

What happens if you go over your overdraft?

Why would a bank cancel my overdraft?

How much overdraft can I get?

Is it worth having an overdraft?

What is an overdraft?

An overdraft is a short-term lending facility provided by your bank, where you can allow your current account to go overdrawn (so below a balance of £0) by a certain amount for an indefinite time period.

If you have a pre-arranged overdraft facility, most banks allow you to go overdrawn by a limited amount (usually between £50 to £1,200) before charging interest. This is known as an interest-free ‘buffer’ and when you go over this buffer amount, you will start being charged interest.

Unlike a loan, an overdraft does not usually have a fixed term in which you have to repay the amount you have borrowed (unless it’s unauthorised), but the bank does reserve the right to demand that an overdraft must be cleared at any time.

Historically, in addition to charging interest, banks used to charge a fee for overdrafts, but thankfully, the Financial Conduct Authority (FCA) stopped that and now banks can only charge interest.

When using an overdraft, you should avoid going too overdrawn for a long period of time as this will usually cost more than a loan and could make clearing your overdraft impossible.

How do overdrafts work?

If you have a good credit score, when you set up a current account with a bank, you will usually be offered an overdraft facility and a cap will be put on the amount you can go overdrawn by. This is what is known as an ‘authorised overdraft’.

Your overdraft limit will usually be determined by your income, outgoings and overall creditworthiness. Some banks will allow you to go beyond this limit, but it's always best to check your limit and have a ‘planned overdraft’ rather than an unauthorised one - interest rates on many unauthorised overdrafts are nearly 40%!

With arranged overdrafts, most banks allow you to go overdrawn by a certain amount before charging interest at a rate of around 15-20%. This ‘buffer’ amount can vary between banks, so it’s best to shop around and compare current account overdraft facilities online.

Once you exceed your ‘buffer’ amount, you will be charged interest by your bank on the sum you have ‘borrowed’.

How does an overdraft get paid back?

To pay an overdraft back, you will need to ensure you receive more money into your account than you take out of it.

Unlike a loan but similar to a credit card, an overdraft does not usually have a fixed term for repayment (unless it’s unauthorised). So you can dip in and out of your overdraft as often as you like.

How to pay off an overdraft if you’re struggling financially

If you have been using your full overdraft facility for some time and never clear it, you can:

If none of the above are viable options for clearing your overdraft debt, you should seek free help and advice from Citizens Advice or a debt charity like www.stepchange.org.

Do I need a good credit score to have an overdraft?

Yes, most bank accounts will conduct a credit check when you apply for an overdraft (or open a current account) with them and if you have a poor credit score, it’s unlikely you will be offered an overdraft or if they do offer you one, it will be for a nominal amount.

If you have a very bad credit history, it’s likely you will only be able to open a basic bank account with no overdraft facility.

Before applying for an overdraft, it’s best to check your credit score with all the main credit reference agencies and if you have a poor credit rating, look at various ways in which you can try to increase it.

For example, something as simple as being registered on the Electoral Roll can help improve your credit score or you could try using Experian Boost’s free credit score boosting service.

For more tips and advice, check out our simple guide: How to improve your credit score immediately.

What happens if you go over your overdraft?

If you go over your arranged overdraft limit, your bank may decline payments and you can be charged additional fees and interest for bounced cheques or declined payments.

Also, going over your overdraft limit, especially if you do so regularly, will have a negative impact on your credit rating as this will be documented on your credit file.

If you are nearing your overdraft limit and anticipate going over it, you should contact your bank to see if you can extend your overdraft. If they refuse, there are other ways you can try to pay back an overdraft if you’re struggling financially.

If you cannot pay your overdraft, you should first and foremost speak to your bank to see what they can do to help you. If your bank is unwilling to help, then check out our tips above for advice on how to get out of overdraft debt such as switching bank accounts.

Having a large overdraft long-term can also affect your credit rating and your ability to take out other loans, credit cards or mortgages. Your overdraft is shown on your credit file (report) which can be seen by any lenders you approach to borrow money from.

Why would a bank cancel my overdraft?

Most banks conduct regular (typically yearly) reviews of overdrafts and as a result of these reviews can decide to cancel your overdraft - this is why it’s never a good idea to look at an overdraft facility as a long-term borrowing solution.

How much overdraft can I get?

The overdraft amount you are offered by a bank will depend on your financial standing. If you have a great credit history, this vastly increases your chances of getting a larger overdraft.

Overdrafts limits can vary between banks and can be as little as £50 or run into thousands of pounds.

If you have a longstanding relationship with a bank where they can easily check your income and outgoings, this again will facilitate being offered a higher overdraft amount.

If you’re looking to open a brand new current account, you should shop around for current account deals on the internet and compare different banks’ current account facilities. Many will offer an interest-free capped overdraft (known as a ‘buffer’) to responsible borrowers.

Is it worth having an overdraft?

Having an overdraft is definitely worth having as it’s a safety net should you have an emergency expense and need access to additional funds at short notice.

It’s also good to know that should you accidentally go overdrawn in your account from time to time, your direct debits and card payments will still be honoured and you will not be left red-faced at a busy shop till!

However, if you need a large sum of money running into hundreds or thousands of pounds, you should instead look at taking out a longer-term, affordable loan with a lower APR than that offered by your bank’s overdraft.

For more advice and information, take a look at our useful guides below.