Can You Have Two Insurance Policies On One Car? 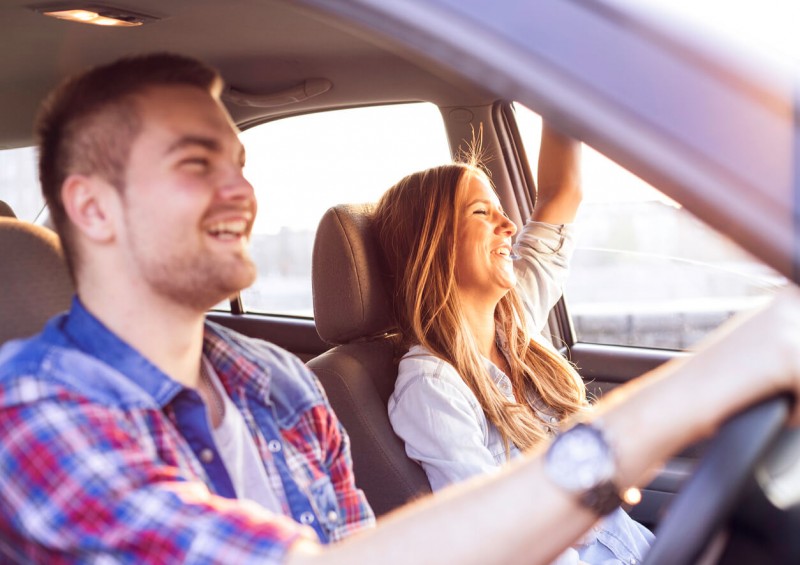 Car insurance can be complicated at times, especially when a vehicle has multiple drivers and there are a number of different policies offered by several providers.

While two or more people can be insured to drive the same car, having separate insurance policies that cover the same thing is certainly not recommended.

Here, we explain how two people can insure the same car, what you should do if you have overlapping policies, and how you can save money on your car insurance while ensuring all relevant drivers are insured and the right level of cover is provided.

It’s entirely legal for two people to be insured on the same car, but it might not be cost-effective to have two separate policies.

Instead, it’s worth insuring the primary user of the vehicle as a main driver and adding any family members or relevant people as named drivers. If you do so, the named drivers must never exceed the usage of the main driver, as this is considered a type of fraud known as ‘fronting’.

You could also look into specific ‘any driver car insurance’, which is a policy designed for vehicles with multiple users.

You should avoid having two overlapping insurance policies on one car – a mistake known as doubling up on your car insurance – as explained later in this article.

Can you have two main drivers on one car? No. Multiple drivers can be added to one insurance policy as named drivers, with most insurers allowing up to five per policy (one main driver and four named or additional drivers).

Accidentally having two insurance policies on one car

Unfortunately, most people who double up on their car insurance do so by accident, and it’s probably more common than you realise.

The main causes of doubling up on car insurance (taking out two separate policies for the same level of cover) are:

Most providers will automatically renew their annual car insurance policies, meaning that your cover will usually restart with your existing insurer whenever it is due to expire (usually 12 months after it starts).

Unfortunately, not only can an auto-renewal result in higher premiums, but it can also lead to people mistakenly and unnecessarily taking out the exact same cover elsewhere.

If your car insurance is due to come to an end, it may be natural to assume that the cover will lapse and you’ll need to take out a new policy. However, this is rarely the case, and it’s a mistake that causes many people to double up on their car insurance. You would then essentially be paying twice for the exact same cover (or near enough), where just the one policy would suffice.

If you fail to cancel your auto-renewal before your annual policy comes to an end and take out another policy elsewhere, you could end up with two policies. In this instance, you will be paying double the premiums, but won’t be getting double the cover.

Never assume your car insurance is going to auto-renew, though, and always check with your insurance company when the policy is due to come to an end (they will usually let you know around 21 days beforehand).

Before your renewal date comes around, compare car insurance quotes online to make sure you’re getting the best deal for your personal situation:

Note: Car insurance renewal can cost policyholders hundreds of pounds due to ‘loyalty tax’, as insurers usually make their existing policyholders pay over-the-odds for cover, while giving the most affordable deals to new customers.

It’s also possible for people to accidentally take out two separate car insurance policies thinking that they cover different aspects of motoring, when, in reality, they cover the same thing.

This mistake most commonly occurs with breakdown cover, where drivers take out a separate breakdown insurance policy without realising that their existing comprehensive cover already includes it.

In order to avoid overlapping policies, always check that roadside assistance isn’t included within your standard car insurance before taking out a standalone breakdown cover policy.

Note that not all fully comprehensive car insurance policies will include breakdown cover, of course, so you must always be familiar with the terms of your policy, and give your insurer a call if ever you’re unsure.

Is it illegal to have two insurance policies covering the same car?

It isn’t illegal to double up on your car insurance, but it can make things complicated and you’re likely to be wasting a lot of money.

If you have an accident and need to make a claim, you can’t try to claim the full amount of compensation from both providers. If you do, you will be guilty of fraud and could face fines, or even worse, prosecution.

The complications of having two policies

As you might expect, paying for two policies can be expensive, with the average price of car insurance being £692 according to Statista (this figure varies depending on your source).

And, as explained above, you could end up paying premiums for two separate policies just to receive one payout if ever you need to claim.

In order to get both providers to pay some sort of compensation, you would need them to agree on how much they should contribute, which usually relies on complicated contribution clauses within your contract.

If they don’t come to a contribution agreement, your claim can be prolonged and you will be required to wait even longer to receive the same payout that you would get with just one policy.

There’s more – if you make a claim, you could lose your no-claims bonus with both providers, and making a claim through two separate insurers can lead to a significant rise in your future premiums.

If you have accidentally set up two insurance policies that cover the same thing – perhaps by auto-renewing by mistake, for example – you should be able to get a refund if you cancel a policy within the 14-day cooling off period.

If your insurance has started, the provider will deduct an amount to cover however many days you were covered for, but you should get the rest back.

For those who actually want two insurance policies – regardless of your reason for doing so – it’s important that you make sure your policies don’t overlap one another. If they do, you are simply paying double the price for the same level of cover and just the one payout.

Policyholders who have accidentally doubled up on car insurance should give their provider(s) a call and explain the situation to them. The best car insurance companies will be understanding of your circumstances and help you rectify the issue, and (at worst) you should receive a refund for the majority of the premiums that you haven’t used if you choose to cancel.

If you have two insurance policies for the purpose of covering two or more drivers, then you may want to consider switching to just one policy (with one main driver and several additional or named drivers), as you could save money by doing so.

How to save money on car insurance

The best and most affordable way to protect yourself on UK roads is to take out just one car insurance policy to cover all relevant aspects, with additional add-ons or separate policies to cover anything that is excluded within that policy, but only if it makes financial sense.

Taking out multiple policies is by no means illegal and there are some circumstances under which it is justified, but be sure that you aren’t over-insuring yourself or overlapping policies, as this can be costly and can cause complications when making a claim.

Get your car insurance quote today by tapping the button below:

Or, for more information, check out our related guides: