How Can an Overdraft Affect Your Credit Score? 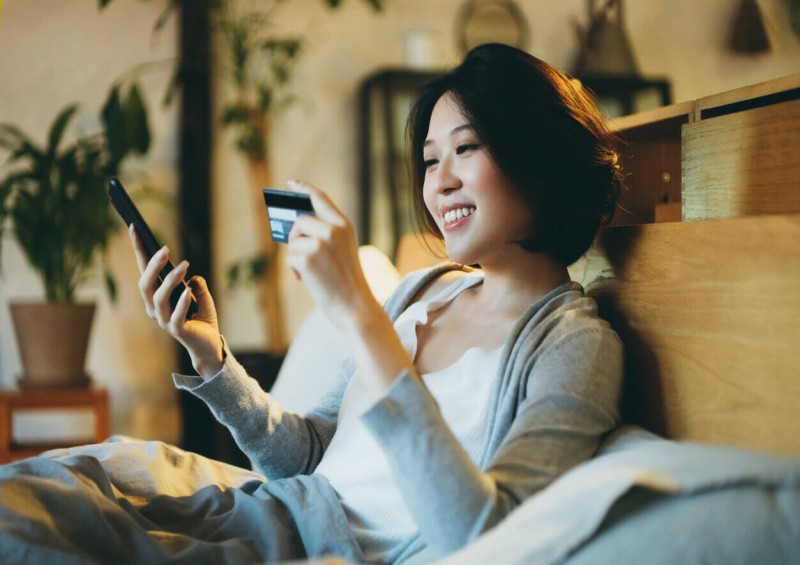 An overdraft facility is a reassuring financial safety net for many UK bankers, with around 26 million of us using an overdraft every year. However, an overdraft, just like a credit card or loan, is a form of credit and can therefore have an impact on your credit score. Here’s how.

How does an overdraft work?

When you open a current account, your bank may offer you an overdraft facility, especially if you have a good credit history.

An authorised overdraft facility means that you have prior permission from your bank to go overdrawn (in debit) up to a fixed amount on which you’ll be charged interest.

Many banks allow you to go overdrawn by a certain amount before applying interest charges - this is known as an interest-free ‘buffer’.

If you go overdrawn without authorisation or for more than your authorised overdraft limit allows, your bank will apply a much higher rate of interest to the money you have borrowed.

You should avoid using all of your overdraft or using it for long periods of time as they tend to cost more than a personal loan.

Read more: What is an overdraft?

Do I need an overdraft?

If your income or expenses regularly fluctuate or you tend to use up most or all of your income in your account most months, you probably need an overdraft facility as a backup.

Having an overdraft can help you avoid having payments returned when you don’t have enough money in your account to cover them. When this happens, a bank will usually charge you a fee which costs A LOT more than any costs associated with a prearranged, authorised overdraft.

Another reason you may need an overdraft is if you have no credit history and want to start building one.

Will my overdraft show up on my credit report?

Yes, just like any other type of borrowing, if you go overdrawn then the balance you’re overdrawn by will be recorded on your credit report.

However, if you dip into your overdraft but clear it before the end of a month then your bank account details on your credit report will very often just show a nil balance.

Likewise, if you don’t use your overdraft at all, your current account will show up as a zero balance on your credit report.

A credit report will never show any money you have credited in your account (i.e. a plus balance above £0); it only ever shows debt and adverse credit.

Will my overdraft affect my credit score?

Yes, how you use your overdraft can affect your credit score especially if:

Can an overdraft help improve my credit rating?

This is because you’re showing to other lenders (by showing a zero balance for your current account on your credit report) that you’re a responsible borrower who is capable of managing their finances well.

If I increase my overdraft limit, will it impact my credit rating?

Not necessarily, but it is possible. That’s because when you apply for a larger overdraft, your account provider will conduct a credit check. Most will do a soft search of your credit files, but some may do a hard check. Soft credit searches will not be visible to other lenders but hard searches will.

To avoid damaging your credit rating, you should avoid too many hard searches being made on your credit files in quick succession.

For this reason, when you apply for any type of credit, you should try to find out if a lender will make a soft or hard check of your credit file in connection with your application.

If a potential lender sees one or more hard checks indicating that you’ve applied to borrow lots of money from different lenders, they could think you’re a credit risk and decline your application.

Do overdrafts affect getting a mortgage?

An overdraft could negatively influence a mortgage lender’s decision, especially if you use most or all of your overdraft every month and never pay it off.

A mortgage lender can easily see how much you use your overdraft from the three months’ worth of bank statements you’ll provide when you apply for a mortgage.

Above all else, a regularly used unauthorised overdraft can be a red flag (with a neon flashing sign on it saying “whatever you do, don’t lend me any money!”) to most lenders.

Will my credit score be affected after applying for an overdraft?

Not as a matter of course, but if the bank you apply to conducts a hard search on your credit file, this hard check will be shown on your credit report and will be visible to other lenders. However, that alone will not damage your credit score, but that hard search, together with other recent hard searches, can hurt your score.

Before you apply for an overdraft, check your credit score now by signing up to a 30-day free trial with checkmyfile.com and getting a multi-agency credit report (£14.99 per month thereafter, but cancel your subscription easily anytime).

What happens if I go overdrawn?

If you have a prearranged (authorised) overdraft, you’ll be charged overdraft interest on the sum of money you're overdrawn by until your account is back in credit.

If you go overdrawn and do not have a pre-arranged overdraft, this is what is known as an “unauthorised overdraft” and will attract much higher charges than an authorised one. These excessive charges and the interest could easily make your debt spiral out of control.

Note: If you don’t have enough money in your current account to cover a cheque or direct debit, some providers will usually refuse to honour these payments and cheques will ‘bounce’ and direct debits will be ‘declined’. This could easily lead to a default being recorded on your credit file(s).

Does a student overdraft affect your credit score?

No, not if you use your overdraft responsibility.

The same rules apply to an overdraft’s impact on your credit score regardless of whether the facility is for someone who is employed, self-employed, unemployed or a student.

An overdraft will only affect your credit score if you use most of your overdraft constantly and, most months, never clear the balance owed.

Note: If you already have a student loan, before using your overdraft or any other type of credit, keep an eye on your credit utilisation to avoid damaging your credit rating.

Read more: Does a student loan affect your credit score?

You might want to read: Default on credit file: what is it?

Can I pay off my overdraft in installments?

Yes, absolutely. There is no restrictive repayment criteria for overdrafts; you can pay as little or as much off as you like whenever you want to.

If you’re struggling to pay off your overdraft, it makes complete sense to work out a budget and pay set installments that you can afford every month to gradually reduce your liability.